Toilet paper isn’t a basic necessity, it is just a first-world comfort that you’re afraid you can’t do without. So stop hoarding it the next time the government drops another big announcement about the pandemic (fingers crossed that it will be good news this time). If you’re looking at how to use less toilet paper, read on.

An online calculator has gauged that on average, two people in a household would only require eight rolls of toilet paper for a two-week self-quarantine period.

Since we’re on a month-long “circuit breaker”, you’ll only require double that amount, which means, two packets of 10 rolls would be more than sufficient if you use the toilet paper sparingly.

Here are some simple hacks to try so your toilet roll doesn’t run out so quickly, even during regular times.

How To Use Less Toilet Paper: Simple Hacks At Home

We often pull off more squares than we need because the roll spins too quickly. Especially now, when the whole family is staying indoors, who knows how much toilet paper the kiddos are going through in a day.

An Australian mum found a solution by squashing the rolls flat before putting them back in the holder.

She wrote in a private Facebook group, “Kids home from school? Going through toilet paper faster than usual? Try squashing the roll, so it doesn’t spin so quickly and then not as much will be pulled off,”

I tried it and it works! Pulling the toilet paper isn’t as easy, and only two to three squares are released with each pull.

Remove the cardboard tube from the middle of the toilet roll by gently rolling and squashing the roll, then pull it out and the end of the toilet paper will follow along.

This way you can use it as an inexpensive replacement for boxed tissues, as suggested by Redditor nateisboss45. Even though it was a tip submitted six years ago before the pandemic broke out, it’s still relevant today. 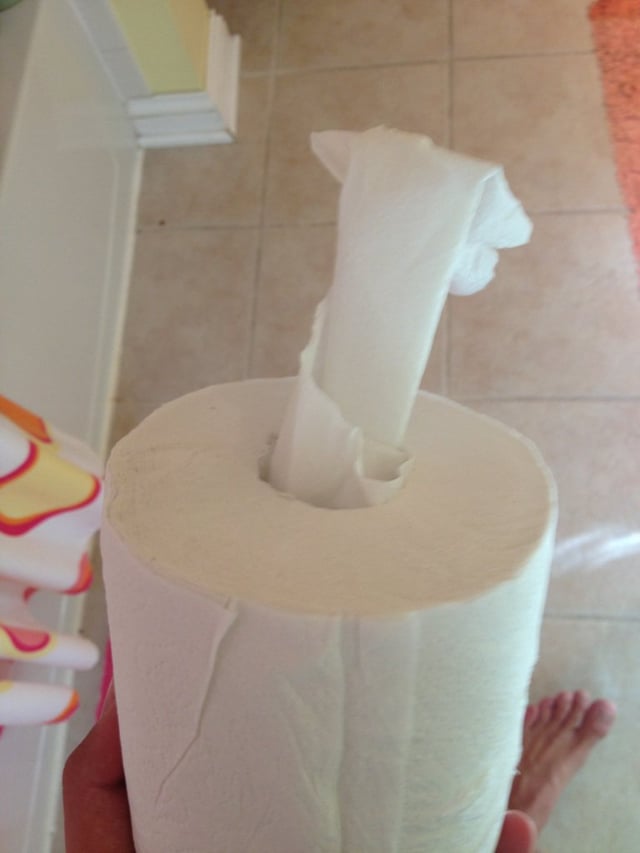 Here’s a quick hack although it can be a bit limiting. | Source

By removing the cardboard tube, it also makes it inconvenient for use as a toilet roll. We suppose this hack limits the number of squares being pulled out before it tears off from the roll.

Do you usually fold or scrunch toilet paper? “Folding can maximise the absorption potential of the paper”, according to UK news website, Express.

As someone who does the latter, removing the habit of scrunching up toilet paper is easier said than done as I believe the creases clean more efficiently than a folded piece of toilet paper. I’ll just end up using more toilet paper if I fold the squares.

Sam Novario, a theoretical and computational nuclear physicist, has come up with a formula explaining which of the two methods is better.

He concluded that a hybrid of folding the piece of toilet paper at the base and scrunching it at the top is the winning combination for a thorough clean. A win-win solution! Yes, now you know.

Leave one roll out at a time

If you have a habit of placing a few toilet rolls in your bathroom for the sake of convenience, removing them can help you reduce the number of toilet paper you use.

According to the Express, “It is also advisable to only leave one roll out at a time, so as not to tempt you — or other members of the household — to be indulgent with the paper.”

This one is a bit of a no-brainer because the thinner the toilet paper is, the more squares you’re going to have to use for a satisfactorily clean bottom.

A three-ply toilet paper has better absorbency as compared to one-ply, hence reducing the need to pad it up with more squares.

So if you’re going for the cheaper one-ply toilet paper to save money, it’ll be less economical in the long run.

For a bit of a laugh, a Redditor suggested cutting a kitchen towel roll in half if you’ve run out of toilet paper. It might be a little more abrasive than toilet paper, but at least it is thick and will probably get the job done efficiently.

However, you might risk clogging up the toilet bowl if you are thinking of using it permanently in replacement of toilet paper. 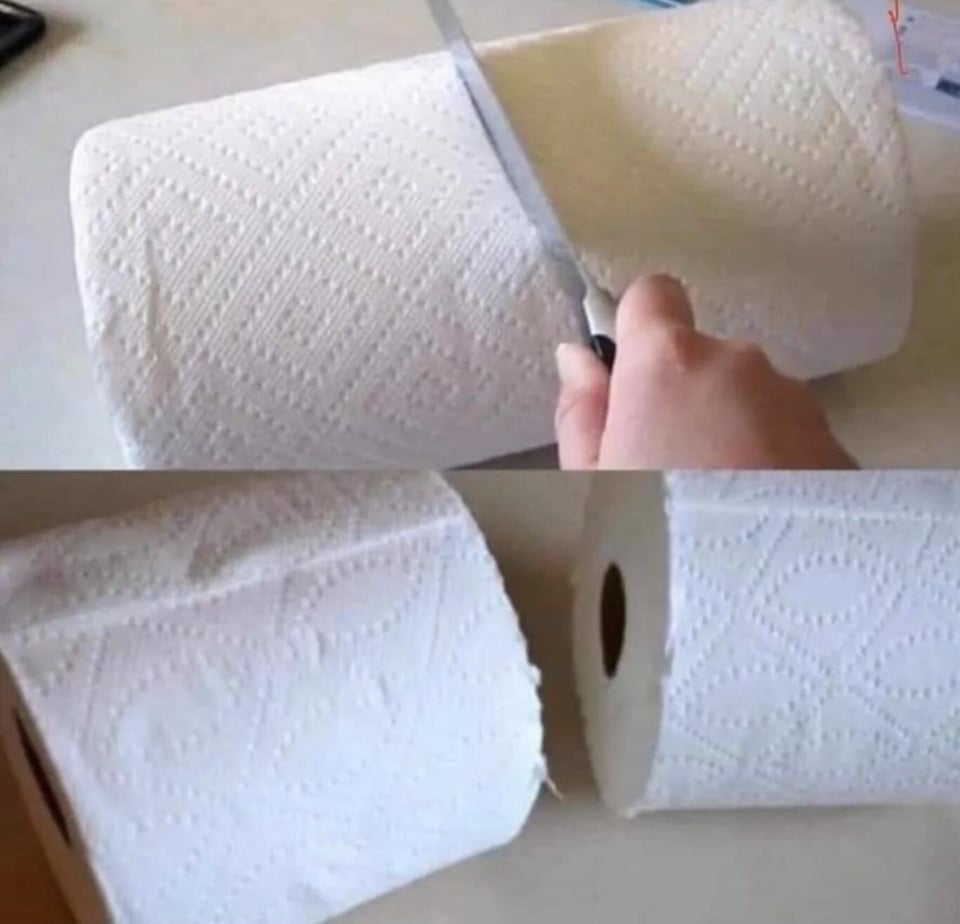 This post was first published on AsiaOne and was republished on theAsianparent with permission.

Also: Work Out Using Toilet Rolls If You Want To Avoid The Gym During COVID-19